L. Martin Griffin, M.D. helped save the Marin and Sonoma County coasts from development, along with the Russian River, by preventing the building of a coastal four-lane freeway and a coastal aqueduct from the Russian River. He was instrumental in creating the Audubon Canyon Ranch (1961), the gateway to the 71,000-acre Point Reyes National Seashore (1962) and the Golden Gate National Recreation Area (1972). In 1998 he wrote the awarding-winning book, Saving the Marin-Sonoma Coast, the inspiration for the KRCB movie, Rebels With a Cause.

On this website you can download pdfs of his entire book for free, and you can learn about the adventures and undertakings of the “doctor with mud on his shoes.”

This is a reminder that the decade of 1935-1945 is considered the most violent decade in history. This was the era when Dr. Griffin grew up. “I have survived WWII to participate for the past 60 years in many of the political and land-use struggles to save west Marin. The two stunning public parks—Point Reyes National Seashore and Golden Gate National Recreation Area— lie on about 150,000 coastal acres, extending for miles on both sides of the Golden Gate. This is approximately the footprint of the military defense zone against the invasion of the San Francisco Bay area by air, land, and sea. As a physician I’d like to see these two extraordinary parks dedicated to those 296,557 Americans soldiers who died on bloody Japanese and European battlefields in this terrible World War that made it possible for Americans to enjoy their National Parks. I consider these two parks sacred ground.”

“As the war ended each wave of developer-driven growth in US county after county has left a horrendous ecological price to be paid by our children. For their sakes each county must create its own land ethic revolution (as Marin did), in which their soil and water, fauna and flora are treated as sacred allies, not adversaries. This can best be accomplished at the county level, where voters can gain control of their county government and establish effective land-use and slow-growth population strategies. It took Marin’s grassroots organizations about fifteen years to defeat the same insatiable growth machine that overwhelmed Los Angeles, but that victory included achieving a stabilized population growth, a sound economy, and superb long-range land use planning.”

— from Saving the Marin-Sonoma Coast

4 minute video slide show made for Marty’s 100th Birthday celebration at the Berkeley School of Public Health in 2020. 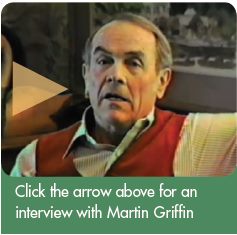