All along, I’ve been implicitly posing some questions that are in fact very similar to those posed by Marty Griffin back in the 1960s. 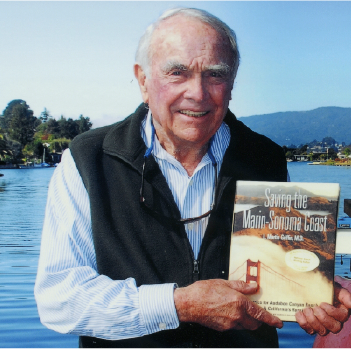 If we draw dotted lines into our future, what do we see? Where is the human body headed, where is the human mind headed, if we keep doing the things we’re doing today? This is not about stopping time, bringing all progress to a grinding halt. This is not about trying to freeze a moment and hold it tight against all advances of history and civilization. That was not what Marty Griffin was seeking in Marin County, and it’s not what we have been exploring in this course. It’s more a matter of realizing that we, all of us, are constantly making choices, choices that shape our long-term future. Just by doing what we do every day, we are tacitly making choices. And so it’s about rendering those choices conscious and deliberate rather than automatic, mindless. It’s about refusing to accept the ‘default setting’ that other people have set up. And instead saying, I want this, and not that, to be the shape of tomorrow.

When you go to Marin County today, it’s a more beautiful place than ever. Very affluent, of course, which always helps. But it’s also a place with a splendid balance of modernity and nature, tradition and cutting-edge technology. 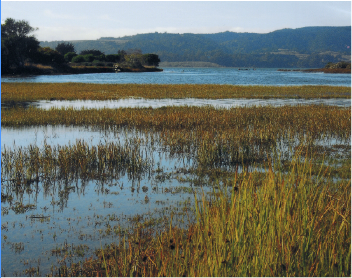 Little towns, where people still know each other and greet each other on the streets. Little cafes and restaurants. Surrounded by breathtaking wilderness. The people and the land living together, skillfully woven into each other with a rare degree of intelligence and balance. This is a deliberately crafted landscape, a chosen landscape, whose shape has been determined by people who asserted one set of values instead of another. This is the opposite of random thoughtless development. It is modernity progressing within carefully maintained boundaries and according to deliberately chosen values.

This is my hope, for the human body and mind and soul, over the coming century. That we will have the presence of mind, as citizens, to realize that simply letting the relationship between biotechnology and humans unfold on its own is probably not going to lead to pretty outcomes. Coming to grips with the fact that the future of human nature is going to be reshaped in profound ways, one way or another – and that a lot of this depends on decisions and choices that are ours to make.

What will the humans of the year 2100 look like? If we think of ourselves as powerless when it comes to answering this question, then the vast processes of history and technology and economics will simply carry us all along, as if we were passengers floating passively down a river. But it doesn’t have to be that way. We can assert our power to choose, just as the citizens of Marin county did back in the 1950s and ’60s.