In July 2010, the ACR Board of Directors formally renamed the preserve the Martin Griffin Preserve in honor of L. Martin “Marty” Griffin’s lifelong commitment to the environment and in recognition of the critical role he played in permanently protecting this unique section of the Marin County coastline.

WHEREAS, As a Boy Scout at the age of 13, Dr. Martin (“Marty”) Griffin first visited what is now Picher Canyon nestled on the shores of Bolinas Lagoon in Marin County and marveled at the Canyon’s majestic egret and heron colonies; and,

WHEREAS, Marty was deeply impressed and inspired by these birds and the biological richness of Bolinas Lagoon; and,

WHEREAS, In 1940, just three years after the Golden Gate Bridge was constructed, Marty returned with a bird watching class to the egret heronry on Bolinas Lagoon and wrote that it was “a welcome contrast to the stench of the purulent tide-flats and garbage dumps of the East Bay shoreline;” and,

WHEREAS, In 1961, the 503-acre dairy ranch which now comprises part of Audubon Canyon Ranch’s 1,000-acre Bolinas Lagoon Preserve was being proposed for commercial and residential development, the redwood grove in Picher Canyon where the herons and egrets nested was being slated for logging, the adjoining lagoon which provided essential feeding grounds for the egrets and herons was being prepared for dredging and development as a marina, and the shoreline between the birds’ nesting sites and feeding grounds was being surveyed for a four-lane freeway; and,

WHEREAS, Marty worked with local grassroots organizations that successfully preserved Richardson Bay from similar large-scale development and inspired Marty to chart a course of action that united like-minded individuals and organizations to work collaboratively to protect the natural grandeur and biological diversity of the Bolinas Lagoon basin and the Tomales Bay basin; and,

WHEREAS, In his capacity as President of the Marin Audubon Society in 1961, Marty met with the owner of “Canyon Ranch,” which included the redwood trees where Bolinas Lagoon’s egrets and herons nested and obtained an option to purchase the 503-acre Ranch; and,

WHEREAS, With the help, assistance, and support of dozens of dedicated individuals and the leaders of Marin, Golden Gate, and Sequoia Audubon Societies, Marty created the “Canyon Ranch Project” – a fundraising and political campaign that eventually resulted in the purchase of Canyon Ranch; and,

WHEREAS, In 1962, through the determination, perseverance, and hard work of Marty and his colleagues Stan Picher and Aileen Pierson, Audubon Canyon Ranch was incorporated as a 501(c)(3) not-for-profit environmental education organization which, since that time, has been a leader in protecting the natural resources of Bolinas Lagoon, Tomales Bay, and a driving force in sparking a new, conservation-minded ethic in coastal Marin and Sonoma Counties; and,

WHEREAS, Marty remains a staunch supporter of Audubon Canyon Ranch and is actively engaging and educating new audiences about the important work that still awaits Audubon Canyon Ranch, in 1965 he recruited Forester Clerin Zumwalt, “Zumie,” who became a beloved Ranch naturalist for 40 years, and in 1998 Marty authored, “Saving the Marin and Sonoma Coast.” 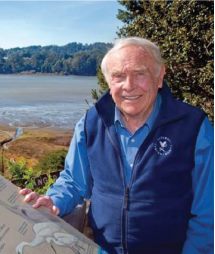 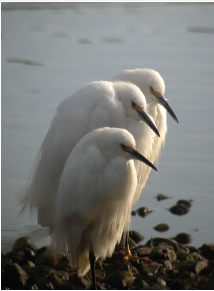 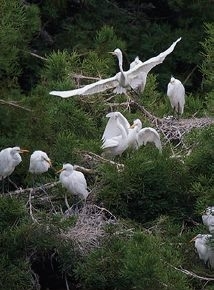